Atmosflares takes place on the eight planets of earth’s solar system and the moons of these planets. Anyone could play this game because the concept is simple. The player can choose between two modes: survival mode and career mode. The goal of survival mode is to progress through as many levels as possible without stopping. But be sure to score enough points in time otherwise the game ends. Play career mode and unlock different levels and powers along the way.

This game is a simple puzzle game, but you need to be agile and think quickly. Colorful flares constantly move on and off the screen and the goal is to explode as many flares as possible. The puzzle aspect of the game involves creating combination moves where the you need to select flares of the same color and explodes them together. While progressing through the game, more flares appear on the screen and move more rapidly on and off the screen. Score enough points and move on to the next level. Fail to do so and you’ll be back at the beginning!

In the background there is an image of the planet so you know what level you are and in the foreground, circles of different colors will float onto the screen. As the circles appear on the screen, you will uses the touch screen to select the circle and then press the box that says, “explode”. Each circle exploded increases the number of points earned. The puzzle concept of the game involves creating combinations. Selecting two or more circles of the same color and exploding them at the same time earns more points than exploding each circle individually. The game starts out slow to let the player get comfortable with the game but after a while the circles move extremely fast and there is an overwhelming number of circles appearing onto the screen. 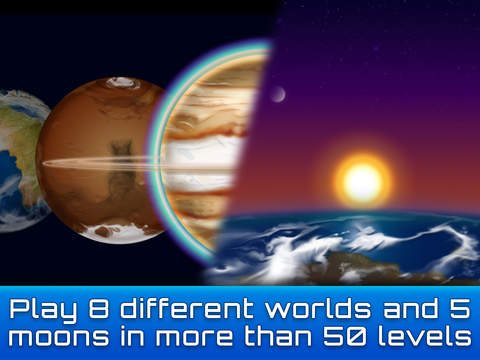 The one disappoint part of this game is that it doesn’t become difficult until you have progressed far enough into the game. I played it for about 45 minutes before the game became challenging. So if you are willing to keep playing the game until all the easy levels are beat, this shouldn’t be too much of a problem. This game is subtly addicting and worth giving playing.

Dan RubiniPhone Apps
If you love to shop and you consider yourself a fashion expert, then consider downloading Stylematch from Stylematch Pty Ltd. …
END_OF_DOCUMENT_TOKEN_TO_BE_REPLACED

Dan RubiniPhone Apps
Last year, Mohamed Elzankaly brought the iTunes community something different with the introduction of Tears of the Machine. Confusing on …
END_OF_DOCUMENT_TOKEN_TO_BE_REPLACED

Dan RubiniPhone Apps
Yup, it’s scientific by nature, but calming all the while. Journey of Water is almost a getaway in and of …
END_OF_DOCUMENT_TOKEN_TO_BE_REPLACED

Dan RubiniPhone Apps
Card games can get dull after a while, unless you are playing something high stakes like poker. If you’ve grown …
END_OF_DOCUMENT_TOKEN_TO_BE_REPLACED