There are loads of games out there that bring that terrible thrill, but the creator of Kitchen Panic has brought us even more attention-grabbing game this time. It’s a great job they have done in making the whole experience so damn entertaining.

This is the kind of hysterical game with unique theme and brilliant mechanics. Yeah, it’s just another classic game, but it’s a really, really good one. Kitchen Panic is a fun, easy to play game which is a safe way to take your mind off your hectic daily tasks. It really has no age limit! It’s not embarrassing to still be playing phone games at your age! It makes you closer to your kitchen. It makes it more real to you.

Kitchen Panic is a game with smooth and interesting graphics. It has neat 2D graphics with funny characters of stuffs found in the kitchen. I was captivated by the blend of the foreground and background of the game in resonance with the characters, but simple design in all.

This game is about a wild action of the content of the kitchen on a beautiful night. It is a story about a potato trying to escape through the wild actions of the items in the kitchen. The potato, who is said to be an American, move along the 2D platform trying to jump over the enemies- the food items and other items found in the kitchen. The ultimate target is to get to the goal can! With an easy control using only cursor key and 2 buttons  for jump and dash, also for consecutive spin jumps to move freely in four directions, the potato run and run until it reaches the goal can. 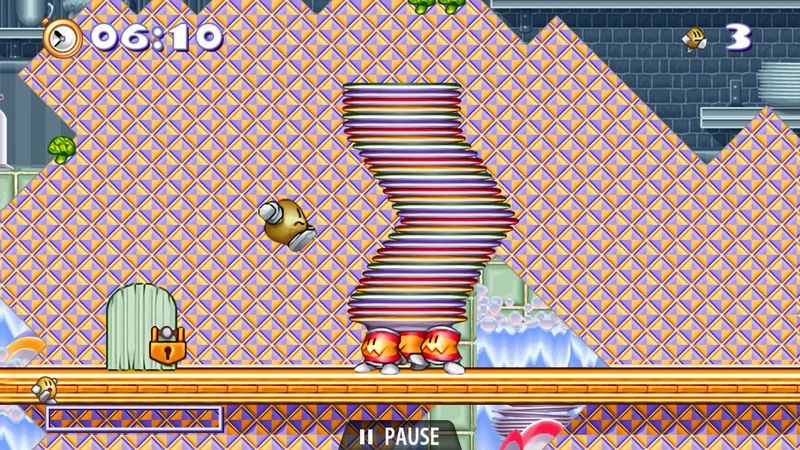 With many levels on the game, the levels gradually increase in difficulty. The game should keep you busy for a fair amount of time as you focus on finishing a level in order to graduate to the next.

A good feature of the game that is enticing to most game lovers, is the built in Leaderboard option that lets one connect with other players and share their experience with other players around the world with friends. You can also take the game online to interact and challenge your friends in a whole new way.

Kitchen Panic is quite an interesting game, but it has these annoying ads at the end of each level. Also, there are in-app purchases which may be less advantageous for users who may not wish to make a purchase.

Kitchen Panic is among the best in its genre and is worth a try even if you’ve been frustrated by other games. Download it today!!!

Dan RubinAndroid Apps
Gather your strength and decide the outcome of the war in this remarkable role-playing game. Get to know the notorious …
END_OF_DOCUMENT_TOKEN_TO_BE_REPLACED

Dan RubinAndroid Apps
One of the world’s best and most trusted home security and video surveillance App, AtHome Camera transforms about 10 million …
END_OF_DOCUMENT_TOKEN_TO_BE_REPLACED
1

Luna Island VR – Experience the Amusement Park from Your Home

Tracy DaviesAndroid Apps
Do you ever dream of going to the amusement park? Has the ongoing pandemic stopped you from having weekend fun …
END_OF_DOCUMENT_TOKEN_TO_BE_REPLACED

Dan RubinAndroid Apps, iPhone Apps
Puzzles can be tons of fun, if you like anything that’s detailed and works your mind. Now, you can enjoy …
END_OF_DOCUMENT_TOKEN_TO_BE_REPLACED