Gather your strength and decide the outcome of the war in this remarkable role-playing game. Get to know the notorious tanks of World War 2 and use them to defeat those who wish to defeat you first. Tanks Mobile: Battle of Kursk, by PopPace is bound to be your first-choice action game.

Tanks Mobile can be described as a tank-lovers dream! Begin with tanks like the M36 Jackson, Ram 3,  M4A3E2 Jumbo, and Somua SAu 40 – all of which can be collected on your first day!

A simple tutorial gets you ready for serious battle. Have fun watching your tanks go – boom-bang! – opening fire on vile enemies.

Once you know your way around the user-friendly home page, you can begin engaging in the chapters of Poland. Battles start off in an “easy-peasy” fashion, but of course, as you progress you are going to need to get those battle skills up! Collect essential resources after each battle.

Don’t let the extensive home page overwhelm you, along the way there are useful tips and hints available. Upgrade your tanks; enhance your shells, armor, and guns using your silver; and uncover what the other centers have to offer. 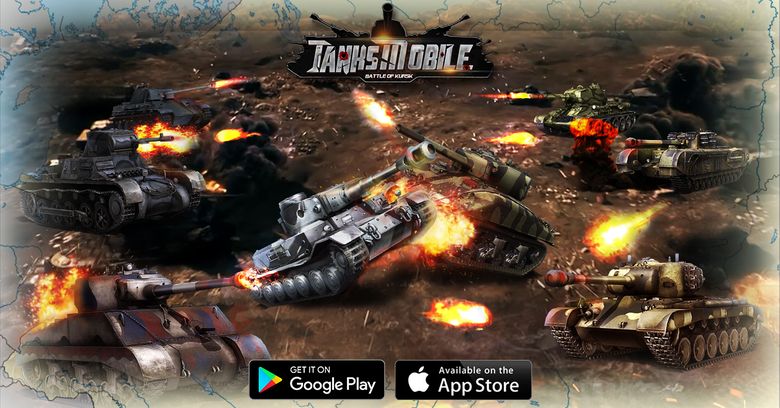 The demanding battles require master plans and designs to win wars. To ensure that you acquire these skills, unlock formation slots so that you are able to deploy your iron beasts. Once you witness the exact performance of each tank you can decide where to place them- it is all about strategy here!

Begin your World War 2 adventure with Tanks Mobile: Battle of Kursk, and collect your iron machines of war. You are promised to be entertained and satisfied as you attempt to flatten the enemy. All the best, soldier!

Kukun – Renovate and Remodel with the Right ROI

Dan RubiniPhone Apps
Folks are staying in their homes longer, and when that happens you know there will be things to fix and …
END_OF_DOCUMENT_TOKEN_TO_BE_REPLACED

Match the Three Stooges – A Brilliant and Fun Game

Dan RubinAndroid Apps
There are a lot of fun games on the market. Some of them can be very complicated and hard to …
END_OF_DOCUMENT_TOKEN_TO_BE_REPLACED

Dan RubinAndroid Apps, iPhone Apps
The demand for programmers is skyrocketing worldwide, as industry reports reveal that an estimated one million unfulfilled coding jobs will …
END_OF_DOCUMENT_TOKEN_TO_BE_REPLACED

Michael WalshAndroid Apps
There’s no doubt that Canadians love sports. With that said, Canadians are thrilled to hear that the Safe and Regulated …
END_OF_DOCUMENT_TOKEN_TO_BE_REPLACED