Tears of the Machine – Each Successful Steps Reveals your Story

The year is 2085. You’ve been asleep for so long, you don’t remember your name, where you came from how you got here, and why everything has been destroyed. All you have is a faint glimpse into your past, in the form of an image of a girl. Who she is and your connection to her remain unknown; but, it’s what drives you to march past the enemy beings who work for the forces that have taken over – the Global Order Coalition.

Tears of the Machine is the name of the app, given to use by creator Mohamed Elzankaly. You are the machine, of sorts. You are the person that is behind every move of this machine. You have become this machine by donning the mech suit so that you can battle and survive the mayhem that has become your world – all at the hands of the Global Order and all other renegade factions that are out to fracture and destroy the peaceful world you once knew.

As you move about desolate lands, looking for clues to your past and any information that may shed light on the girl that has become a link to it, you must defend yourself against any enemy that comes your way. At first, there will be few that cross your path. As you destroy them, you will collect points, which opens up so many more playing options.

The game itself is divided into four chapters of a story. The neat thing about the game is that you can play it by following the storyline or by just playing it as a survivor game and advancing through levels as you successfully complete playing levels. You can choose either mode and switch between the two, if you wish. 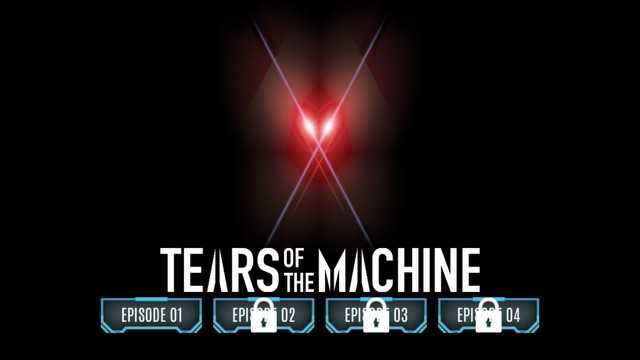 If you choose the Story Mode, you will see four chapters, the first of which will be the only one available to you, as indicated by the absence of a lock on it. The other three chapters will be visible, but will be locked. As you move through the game, you are navigation through the storyline, which is set before you, giving you context and purpose.

Choose Survival Mode and you will launch straight into game play. You will continuously fight and play, collecting points and climbing up the level ladder. In either gaming mode, you will have the chance to explore several extras, such as the various game worlds and a collection of audio logs that reveal the unknown, helping you uncover the mystery that is at the heart of the game.

The only downside I saw to the game was the simplistic graphics and setup of the game. I found it awkward to move my mechanical robot at first, but eventually figured out how to manipulate his movement and set him on a path to find out what was going on while shooting down anything that looked dangerous.

Overall, this game has brought the survival game onto a new playing field by giving it a storyline on top of which to set purpose to your program. It’s not your typical survivor game, it’s also a mystery. Download Tears of the Machine and find out for yourself.

Dan RubiniPhone Apps
In the next installment offered to fans of Fairlady Media, find yourself filling up buckets of fun Fishing with Grandpa. …
END_OF_DOCUMENT_TOKEN_TO_BE_REPLACED

Michael WalshiPhone Apps
If you are someone who switches from mobile data to a free Wi-Fi hotspot the moment your smartphone discovers one, …
END_OF_DOCUMENT_TOKEN_TO_BE_REPLACED

Dan RubiniPhone Apps
Ever wonder if there was an easy way to know if something was worth buying? We often find ourselves wanting …
END_OF_DOCUMENT_TOKEN_TO_BE_REPLACED