Hero Legends Keeps You Glued on Your Seats

If you like comic characters and want something very similar to lay your hands on when it comes to playing games, here is one offered by Fire-point interactive Inc. that will blow your mind away with its 2D characters and beautiful storyline as you progress through the game. It is the “Hero Legends” which is a role play game that will have players glued on to their seats for hours with its exciting stories and the accomplishments one needs to achieve in order to complete a story.

Hero Legends is game with smooth interesting graphics and the story lies along the lines of battle between the good and the bad. There are these two armies by the name “Order” and “Chaos” and they fight against each other for a totally different purpose. You sign in with your play store id and start playing the game instantly with no formal set up required.

During your first login and initial setups, you will be given the choice to choose either one of these two teams. You also get to choose a name that you wish to have for yourself as the hero or to choose one at random from the game’s database. You then move on to the expedition where you fight your battle against the opponent. 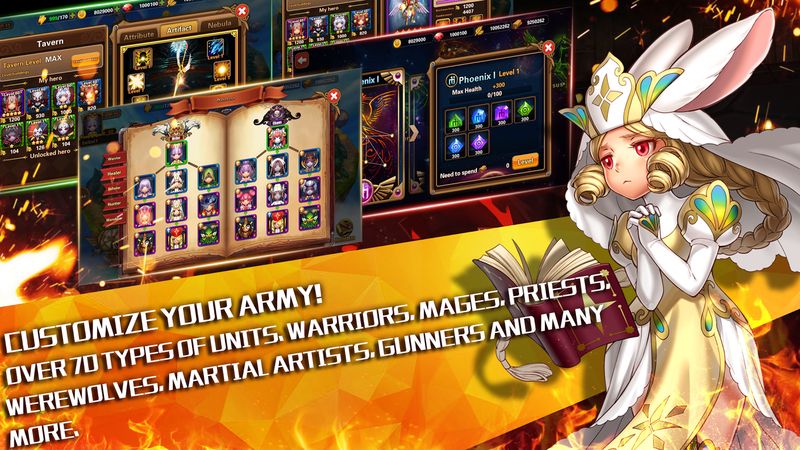 There are a total of 8 stories with a particular number of levels for each story. When you gain victory over each level, you will be given the option depending on your mission, to either restore peace or increase chaos. You can also build your army by recruiting new warriors and can unlock important landmarks and buildings, for example, the observatory can be unlocked by completing level 13 and the council hall can be unlocked by completing level 10.

Spinning your floating city can also take you to other areas where you see what is around, meet new people, look for what to conquer, and collect food, gold coins, etc.

It would be nice to have more choices for the player to choose who to recruit and what training should be given depending on the wealth a player has gathered through the battle. More control on using the power and introduction of temporary or upgraded weapons with each level could be an added advantage for Hero Legends.

Track Your Income and Expenditure with Actfi

Dan RubinAndroid Apps
Who doesn’t like using simple, less complicated apps in these crazy days where finding time to have a relaxing cup …
END_OF_DOCUMENT_TOKEN_TO_BE_REPLACED

Dan RubinAndroid Apps, iPhone Apps
The demand for programmers is skyrocketing worldwide, as industry reports reveal that an estimated one million unfulfilled coding jobs will …
END_OF_DOCUMENT_TOKEN_TO_BE_REPLACED

Dinamotxt Gets Android Phone on Tablet

Dan RubinAndroid Apps
An Android phone will not give you the exact services that you will get from an Android tablet. This is …
END_OF_DOCUMENT_TOKEN_TO_BE_REPLACED

Michael WalshAndroid Apps
Space Shooter Alien vs Galaxy is the latest addition to the list of space shooting games available for Android devices, that …
END_OF_DOCUMENT_TOKEN_TO_BE_REPLACED