If I was asked to describe this application with a word I will describe it as “edutaining” a word coined from education and entertainment if all you wanted was an application that is both educating and entertaining then think not too far for all you need is the Super School application. Here is an application developed for toddlers and preschoolers with the aim of introducing their young fertile minds to education in a casual atmosphere devoid of the strictness of the traditional school system. People especially adults tend to view mobile phones and tablets as a tool to receive, make calls and get entertained through multimedia applications and games, the reality of this age is that mobile phones and tablets are a great medium through which people can get educated as well as get entertained and this is what this amazing application has done.

Graphics: Being an application for toddlers and preschoolers the graphics of the application was tailored to meet their psyche as an adult you might not find the graphics cool but if only kids were to rate it they would give a fairly good rating. The developers made use carefully selected colors and cartoon characters that is constantly reminding us that it’s a children app. 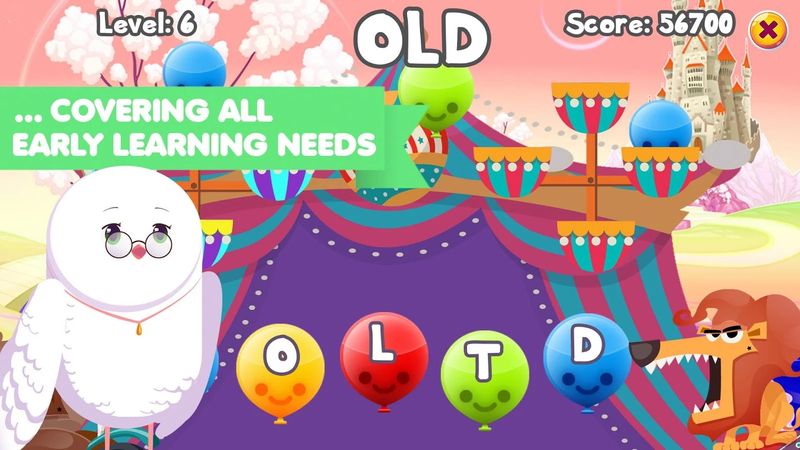 Voiced Ebooks: when we think of eBooks what we picture is a book in readable through electronic devices like mobile phones, tablets and computers this application offers a unique kind of eBook the kind that is voiced meaning your device reads the content of the eBook for you, the reason for this is not farfetched the application was designed for toddlers and preschoolers that are just learning to read.

Games: one major outstanding feature of this app is that it is fortified with over fifty games and these are not ordinary shoot the villain game these are educative games that were carefully selected to teach your kids arithmetic, writing and the likes some these games will be discussed below:

Bubble Phonics Pop – This game assumes the role of a music teacher as playing it will enable your kids to learn different sound forms which differs from level to level.

Match the Fruits and Vegetables: This game allows kids to match different kinds of fruits and vegetables together thereby learning which fruit and vegetable are compatible.

This application still has some other amazing games like Caterpillar Skip, Alphabet Trace, wizard math, old even Ninja etc, but due to space constraints we won’t be able to discuss them all.

Nursery rhymes and songs: There are numerous nursery school rhymes and songs your kids can learn with Super School, these are popular songs and rhymes that are very popular hence their addition to the app by the developers.

Spree Pop – A Single Pop to Keep You Hooked

Dan RubiniPhone Apps
If you are an ardent mobile gamer who values quality pass times, Spree Pop is built with you in mind. …
END_OF_DOCUMENT_TOKEN_TO_BE_REPLACED

Dan RubinAndroid Apps
Calling all casual gamers! This is an app that won’t demand any of your precious time, but will fill up …
END_OF_DOCUMENT_TOKEN_TO_BE_REPLACED

Michael WalshAndroid Apps, iPhone Apps
According to recent research, 62% of people who use VPN daily are smartphone users. The stat showcases the increasing demand …
END_OF_DOCUMENT_TOKEN_TO_BE_REPLACED