Lonely Sun – Use Gravity as Your Guide to Create Planets

If you are a lover of astronomy, then I have got a game for you. It’s not often that you find a gaming app that is centered in outer space in a way that is productive, and not destructive. Lonely Sun is exactly that.

In Lonely Sun, your missing is to command gravity with your fingertips and create planets. During five stages of the game, you create a planet from materials that you encounter as you move your baby planet through space. Each stage has you building one planet. Each of these planets, if you are successful in building them, will then orbit the sun that is at the center of your game.

While it sounds very simple, there will be some obstacles. No, they won’t be aliens or meteors; but rather, neighboring worlds that may collide with your world, rendering your planet helpless.

Building up your planet involves some strategic swiping. You strategically float your planet around the screen, moving close to the sources of materials that your planet needs to grow strong. For each planet, there will be three core elements that you need to find and absorb. These will be introduced in three gaming phases per stage.

The game is broken down into five stages, each representing one planet that you need to build. In each stage, you have three phases. Each of these phases represents a core element the planet needs in order to be complete. 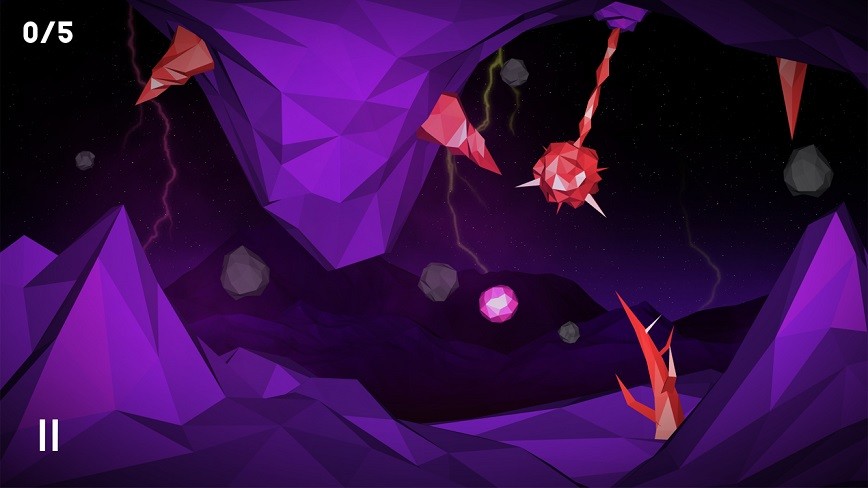 The game already sounds pretty interesting just from the names of the planets and with what you are tasked to accomplish. It gets even better with the music that comes from the background. It really adds to the aura, especially if you have your headphones on, which I highly recommend.

What I really liked about this game, which comes off as a bit nebulous at first, is that you get a simple overview of what the game is about and what you will be doing. It’s not a full on instruction page, but it’s pretty helpful.

I especially liked knowing ahead of time what the five planets were. The layout of the screens was neat, playing into what scientific minds like.

Then, you move on to creating Neryssa, Nuriona, Isolee, and Siroccee, all in the same manner. But remember, they all need to be completed in sequence. There is no skipping around to what you feel like working on.

I didn’t find much that I did not like about this game. I loved the background music, but would like it if would change up a bit every now and then. After some time, I did feel like I was listening to meditation music, and almost fell asleep.

Outside of that, I would highly recommend this game to anyone who is looking for something different. Lonely Sun is like no other that I have played before.

Dan RubinAndroid Apps
Have you been trying really hard to lose weight while spending money on expert advice and not been successful? Have …
END_OF_DOCUMENT_TOKEN_TO_BE_REPLACED

Tracy DaviesiPhone Apps
Sometimes, you just need to have a PDF to share a document or content that is truly read-only. Sometimes, the …
END_OF_DOCUMENT_TOKEN_TO_BE_REPLACED

Dan RubiniPhone Apps
The online gambling world is insanely vast, you can keep on searching and you will always stumble upon new online …
END_OF_DOCUMENT_TOKEN_TO_BE_REPLACED