Pictures are a medium we use to share ourselves with the world. They can hold happy memories. A powerful photo can move a country. In today’s world, a phone can capture some pretty amazing moments.

Your phone also captures quite a bit of data when you snap a photo. All of the information, from when you took the picture to how it was taken, is stored digitally with the image itself.

Loooks is an app that reveals that data and then enables you to remove it. When you open a picture with the app, you can see: 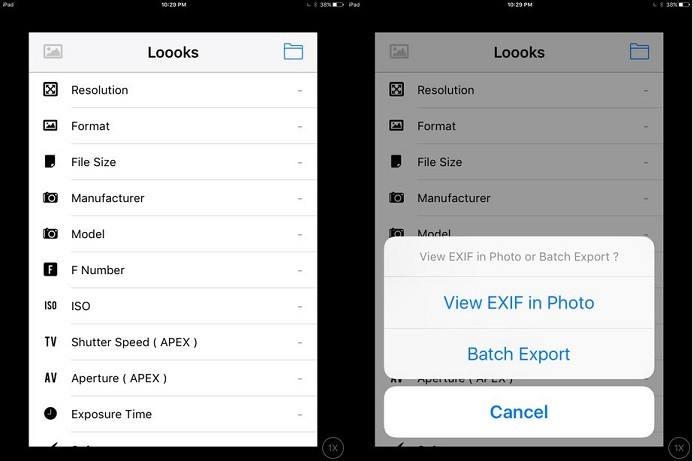 This information is helpful to some people. Usually, shutter speed and aperture isn’t adjusted when taking a picture on a phone. There are general auto settings used, but it’s interesting to go back and see what your camera did to capture the best possible image.

It’s simple to open one photo with the app and view all the information gathered about the image.

If you want to delete all the meta data from a batch of photos, the app makes the action simple. It only takes a few steps to select all the photos and wipe them of any information piggy-backing the image.

Most of the time, it’s not too harmful for people to use your images to find out where you are and when you were there. But there is a little bit of a threat.

In today’s digital world, everyone is trying to soak up as much information as they can. Gathering data from photos can supplement a profile about your actions and activities.

With Loooks, it’s easy to wipe data from photos before you post them to Facebook or Twitter. I wasn’t too sure about this app, but it’s definitely good one to get if you are worried about how much information you are releasing to the world.

Dan RubiniPhone Apps
Meditation has been used and adapted for hundreds of years to focus the mind and foster creativity. What seems like …
END_OF_DOCUMENT_TOKEN_TO_BE_REPLACED

Dan RubiniPhone Apps
Tiled puzzle games are a memory from the past. Remember those plastic ones you used to get in those party …
END_OF_DOCUMENT_TOKEN_TO_BE_REPLACED