Tower defense games are all the rage these days.  Add to that the popular zombie and you have something that may not be unique, but is certainly something that will catch the attention of gamers looking for a new playground.  PlayFlock has created a game called Dead Defence, which by the way is free, that is not necessarily cutting edge or anything exclusive.  It does, however, give those gamers, who love defending mother earth and wiping out evil that has infiltrated a new playing field in which to do so.

There is no magic or anything new in how to play Dead Defence.  Like all other games of this genre, you are commissioned with the task of destroying the zombies that once were human inhabitants of this world.  The setting is such:  a virus has spread like wildfire creating zombies galore in its wake.  As part of the defense team, you must travel from base to base, defending each one from the walking souls that wish to penetrate them and infect any surviving humans.  The world will be conquered by them, and humanity, or what’s left of it, will be erased from Earth. 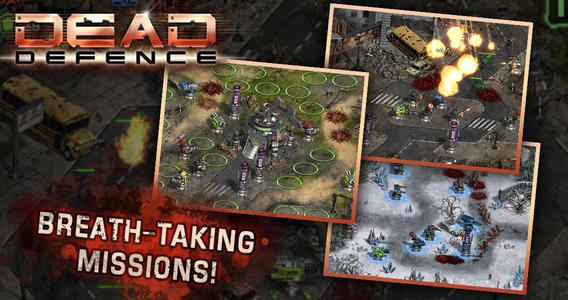 You start with two basic tower types.  There are many others that you can either earn from points you gather through game play successes; or, through a purchase of $10.99, which unlocks all towers to you at once.  As you play and progress through game levels, the challenge, as expected, increases along with the rewards you reap.  As you collect rewards, you are able to spend them on either enhancing existing towers or buying and installing new ones. Each advanced tower gives you power to defend against and destroy all sorts of ornery creatures that may come your way; but, they will cost you.  Each base you advance to will have something different to defend against, so be quick with wits and strategic with the towers you choose to defeat the enemies.  Every defeat earns you points, opening the door to more arms for you. 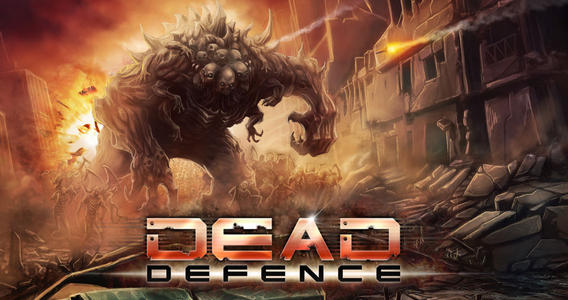 With interesting graphics, a new venue and a bit of a new storyline, this game gives tower defense gamers a new place to go to break from the all too familiar.  Maybe even provide some practice in this type of gaming, so you can go back to other games with newfound strategies?  The scenes could be better and maybe the option to unlock a few towers at a lower price would make for more monetary sales.  Not many can or will slap down ten to unlock a bunch of towers, but maybe they would be ready to spend some cold cash for just three or five towers?

Ok, so Dead Defence is not so new in the land of gaming, especially within the world of tower defense; but, if you are bored of what you’ve been playing so far and want a break, this game gives you a quick and free route to that destination.  Get it now for free, and who knows…it may just surprise you as updates come your way!

Dan RubiniPhone Apps
You’ve got an important business meeting coming up, where you need to take in-depth notes, but you’ve realized you’re not …
END_OF_DOCUMENT_TOKEN_TO_BE_REPLACED

Dan RubiniPhone Apps
Modern applications and games in mobile phones are a big hit among the lot. The popular among the child lot …
END_OF_DOCUMENT_TOKEN_TO_BE_REPLACED

Dan RubiniPhone Apps
Looking for a simple game that echoes gameplay of yesteryear? Bomb Survivor is one of those games that has you …
END_OF_DOCUMENT_TOKEN_TO_BE_REPLACED

Dan RubiniPhone Apps
Looking for fun that’s back to basics and a new twist on platform gaming? Run and Rock-it Kristie is just …
END_OF_DOCUMENT_TOKEN_TO_BE_REPLACED