Gaming apps and online gaming in general have grown exponentially over the years and what was first understood as the “gaming experience” has evolved into something with a deeper and richer experience.

Mighty Maru is a game about fighting and surviving the evil foe of a rich elitist government that seeks to protect its rule and crush any and all insurgencies. When peaceful protesting students gather to question the system, they are put down hard by the brutal Constabulary, who has been given the authority to do so. The characters are vivid and bright, placed in scenes that are enchanting and surreal at the same time.

Our main characters are a couple in love, who are students caught up in the protest. One gets out safely when the Constabulary shows up. The other is not so lucky. As a player, you choose which character you want to be and then face the challenge of rescuing the one that has been taken into captivity.

The captive is taken to a known prison called Gorge, which exists under the radar – no one knows where it is. You are tasked with avoiding all of the Constabulary’s henchmen and find the location of Gorge, all before sunrise. You will have many puzzles to solve and spells to craft to work your way out of many situations. 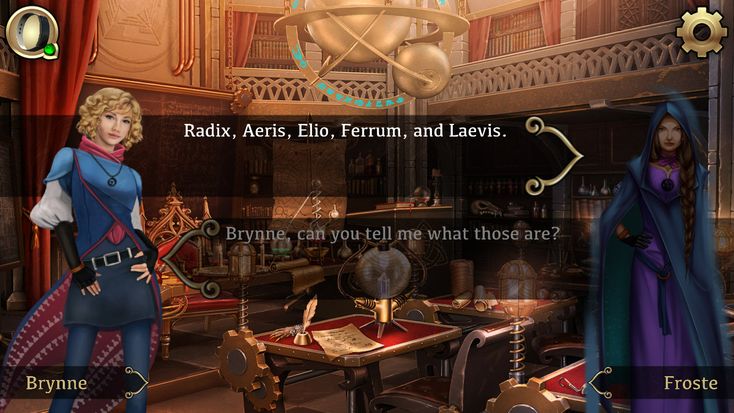 This is where another vital piece will be required. Your Nex Band. This band interacts with the game using mods you purchase. The app will tell you what you’ll need ahead of time, so you can make the correct purchases and have everything in place. These mods fit onto the band, so you use what you need, when you need it. Five mods are recognizable at a time. These mods are basically charms you put on the band. As you use them to play the game, the data and your choices are saved in the Cloud. So the next time you slip on the charm, it will remember what you did last.

The overall concept of the Nex Band is mind numbing. I simply could not get over how rich it made the game experience. I felt like I was more into the game because of it. The other neat thing was that other players with a Nex Band and the correct charms can show up in your gaming experience when they are physically close enough to you.

The downside to the game is that you have to have the Nex Band. There is not much to it if you don’t have one. Not sure how much they cost, but I will say that once you make the purchase, it will be with you for the long haul and of great use beyond just gaming.

If you like a game with a good story line and are looking for an experience like no other, then get yourself a Nex Band and download Mighty Maru today!

Dan RubinAndroid Apps
We all need a little inspiration sometimes and when it comes to cooking it is no different. We scratch our …
END_OF_DOCUMENT_TOKEN_TO_BE_REPLACED

Dan RubinAndroid Apps, iPhone Apps
Dating is not easy. Especially for women. It’s hard to find someone who matches your interests, availability and level of …
END_OF_DOCUMENT_TOKEN_TO_BE_REPLACED
2

Dan RubiniPhone Apps
If you love the real football, also known as soccer in the U.S., then you’ll get a kick out of …
END_OF_DOCUMENT_TOKEN_TO_BE_REPLACED

Luxigram – Immerse Yourself and Learn About Unique Luxurious Experiences