If the English language was purely phonetic, then teaching it through the use of phonics would make all the sense in the world. However, it is not phonetic. There are so many rules and exceptions to them, that it’s easy to see why kids get confused when learning how to read. You literally are memorizing how to say the words merely my recognizing it a symbol rather than by sounding out each letter.

To learn phonetics the right way, you need a system that works on sounds, not just the letters. Because we all know that certain letters have certain sounds in some words and a different sound in others. That’s where LETTER FREE PHONICS becomes your best friend.

It starts kids off by learning the beginning sounds of words, so they create a strong connection between the letter and its sound. By doing this in a gaming format, the work being done is not considered work, and the child retains so much more as several more neural paths are engaged as each new word appears.

There are four different types of games included in the app, which add to the variety and keeps kids interested. Each games helps children master the primary sound of each letter, so they are able to use that when reading text. 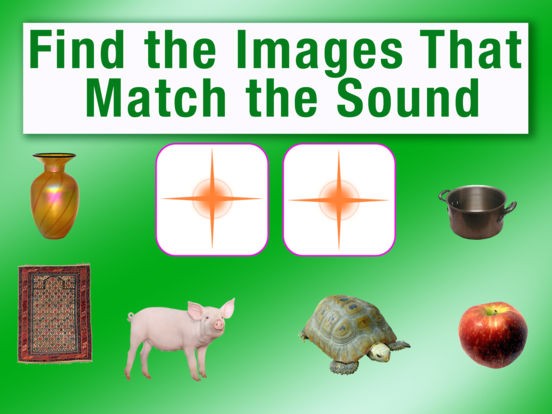 Games one and two introduce letter sounds in the format of solving various types of puzzles. As the user moves puzzle pieces from one location to another to complete an image, the sound of the first letter of the name of the image will sound out. For instance, if the final puzzle will show the image of a dog, then every time a puzzle piece is moved the app will sound about the “d” sound.

Game number three offers up a sound and the player must then choose from a set of images the one that starts with the featured sound. This adds a twist and a new direction to processing the sound and recognizing how it’s used.

The last game is a little quicker and ups the challenge a bit more. This game will display several images and sounds. The player must drag and drop a token over the image/sound pair.

Careful consideration was taken to ensure the images that are used are ones that youngster would recognize and easily discern. Otherwise, the games would have no meaning.

A very nice feature of LETTER FREE PHONICS is the configurability. You can choose the voice sound to be male, female, or a child’s voice. You can also enable/disable the repeat sound function, which will repeat the sounds, or not. There are other options related to puzzle completion settings and clues that you can set based on what level of challenge your child can handle. The key is to learn the sounds and not be hampered by completing a puzzle.

I would say the only thing different I would like to see soon is an addition of images and puzzles so kids can continue to be challenged. Once completing a puzzle a few times, it’s easy for them to just “know” what the result is going to be and they will lose the ability to learn.

Outside of that, this game is a real lifesaver in terms of tools that help kids learn their sounds and set them on a course for success in reading!

Best Pregnancy App in 2022 for You and Your Little Human – Hypnobirthing: A Fit Pregnancy

Michael WalshiPhone Apps
Pregnancy can be as beautiful or as daunting as it can be, depending on how you take it. As Angelina …
END_OF_DOCUMENT_TOKEN_TO_BE_REPLACED

GoingPlaces – Find Adventures with the Swipe of Your Fingertips

Dan RubiniPhone Apps
Everyone loves a great adventure. Finding out where to go and how to get there is the hard part. Now, …
END_OF_DOCUMENT_TOKEN_TO_BE_REPLACED

Design and Use Wallpapers on iPhone with Kandinsky.io

Victoria WilliamsiPhone Apps
Are you bored of the traditional wallpapers on your iPhone or iPad? If so, then the Kandinsky application might be …
END_OF_DOCUMENT_TOKEN_TO_BE_REPLACED